Broadly speaking, pedagogy in Eurowestern tradition is ‘the way of the walk,’ or the logos (or logic) of engaging educationally with the different actors within a practice of education.  In working pedagogically, we are called to consider the contexts and histories of education, both as a critical matter (of the necessities for change and justice) and as a cultural one (as implicated in certain historical forms, with certain modes of thinking, certain ways of changing, certain ways of being in societies, families, institutions, adulthood and childhood).  In pedagogy, education and educators are called to respond inventively to historical conditions, and together, to create and affirm new ones. The FNPN does not adopt wholesale Eurowestern concepts of pedagogy, but rather puts them into generative conversation with Indigenous cultural teachings about ways of being together, modes of becoming, cultural processes and responsibilities in teaching, learning, change and transformation.  It is foremost a search among these on their own terms, and then with and among others, both Indigenous ones and non-Indigenous ones.

Pedagogies in plural refers to the diversity of traditions and knowledges that engage with the specificity of a context, socio-historical times, in questions and matters of concern within educational communities, including how they understand themselves and engage with each other.

The pedagogist is a new role in education in Canada. It was introduced in the 2019 revision of the British Columbia Early Learning Framework and in Ontario as well. The members of the FNPN work in the guidance and collaboration of First Nations communities to strengthen First Nations early care and learning throughout BC on Indigenous terms.  The FNPN cohort works with educators, programs, staff, Elders, community members and other knowledge keepers in their local work and community contexts. (To learn about the specific projects that the FNPN members are currently developing please visit the ‘Projects’ section).

Alongside the Early Childhood Pedagogy Network’s (ECPN) aims, FNPN members work to support and strengthen Indigenous cultures and cultural practices in First Nations contexts in fidelity to Indigenous rights to autonomy and cultural continuity and resurgence.

The work of this pilot group is critical in that it is laying the groundwork for the Network’s expansion beyond. We are honored and grateful for the leadership, passion, and cultural strength that each member of inaugural first cohort brings to this new endeavour, in walking together with Indigenous children, families and communities.

For FNPN, the pedagogist is bracketed as ‘pedagogist’ in respect for the Indigenous names that the role will rightly assume in the course of their proper development.

Finally, pedagogisti is plural for pedagogista, a role of pedagogical leadership, cultural renewal and social reconstruction in Italian traditions of education and educational research. 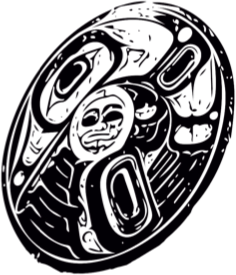 We want to hear from you!

The FNPN is an initiative within Childcare BC’s strategy to support early childhood educators.

In gratitude, the FNPN acknowledges Bernard Kerrigan and Brian Denhertog for their carving ‘Raven’ which lives in Musqueam Territory since 1987.

With their permission, ‘Raven’ is present in the Network’s initial logo.